Only a very few artists have managed to produce such an incredible variety of work compared to that of Josef Lada. Be it his paintings, illustrations, cartoons or pieces of writing – vast majority of anything he’s ever done is of an exceptional quality.

Despite being entirely self-taught, Josef Lada had managed to work his way through to the top and earned his position among the most respected artists in Czechoslovakia. No art critic would surely doubt that today. Lada’s work has become one of the Czech national trademarks and its popularity (among anyone aged 3 and up)doesn’t seem to be declining.Since new pieces of work get discovered almost every year, the total number of his paintings is unknown. The last count shows, however, that this number is closer to 550 rather than 400  (which is what the previous official estimate stated).
The amount of his illustrations is then greater still. Again, this number isn’t exactbut it might very well be over 15000 pieces of work (black and white or colour) published in variousfiction books, newspapers and magazines.Cartoons, including political satire, represent a very significant part of  Lada´s production. Despite being over 100 years old now, most of these sketches are still very popular (and relevant) today. Lada is definitely one of the founders of the Czech cartoon and comic book tradition. The best example of his “illustrations for adults” is clearly the world-famous drawings to complement the work of Jaroslav Hašek – especially his novel “The Good Soldier Švejk”.In combination with Lada’s illustrations, the text represents a genius piece of writing that is still getting published all over the world today. Josef Lada has made his mark as a writer as well. You can learn everything about his life and work in “The Chronicle of my Life”. He’s also written some of the best Czech fairy tales such as “Mikeš – The Adventures of the Talking Cat”, “Cunning Godmother Fox” or “Bogeyman and Water Sprites”. He’s obviously illustrated books of other authors as well. His work for writers such as Jiří Horák, Jan Drda, K. J. Erben or Božena Němcová is especially well known. When it comes to Czech literature for children, Josef Lada was without a doubt one of the greatest illustrators of all times.

It will soon be 130 years since Lada’s birth and the 60th anniversary of his death. Over the years, his unique work has become an inseparable part of the Czech cultural heritage. New editions of his books are still in great demand, people use the typical Lada calendars, diaries and notebooks, sending out Lada’s Christmas cards has become an absolute must for the majority of Czech families.Both children and adults love his timeless fairy tales and anyone who visits his art exhibitions is immediately taken to the magical world of a humble boy from Hrusice.

The most significant number of book titles and their release 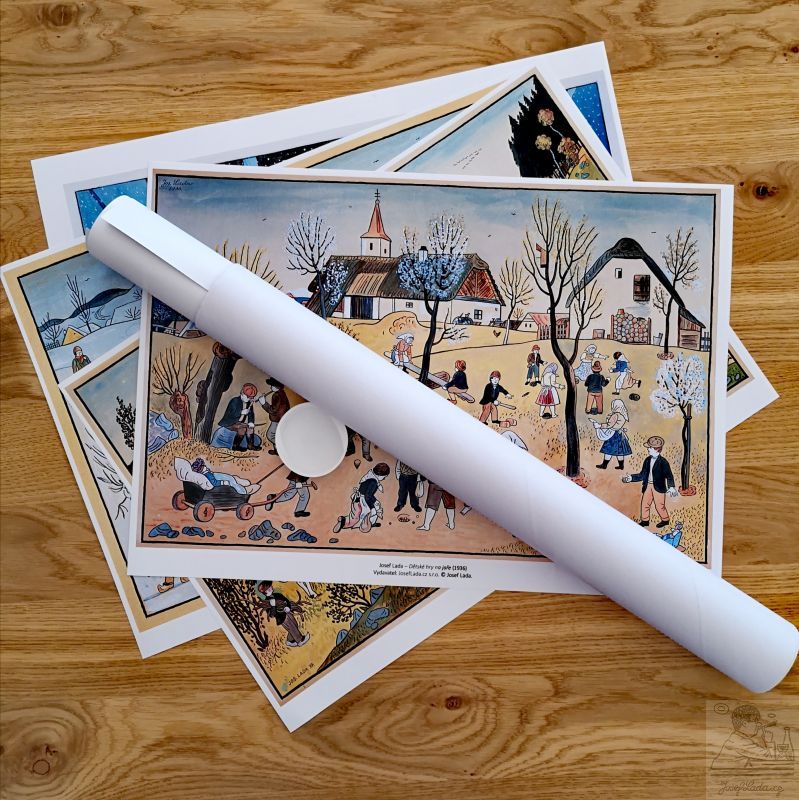